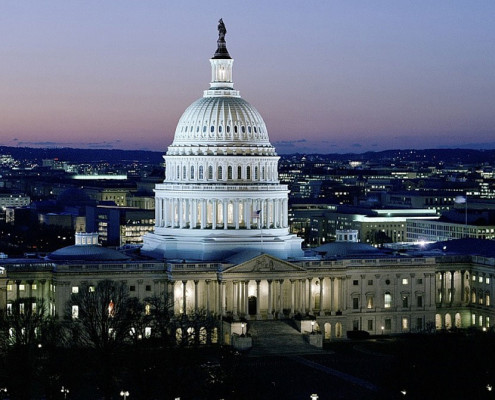 Notwithstanding the above, the story of Pigmental is fraught with delightful magical moments for which we are eternally grateful to Pierre Bagley and Victor Hoskins, as well as some amazing people in Washington DC.

The idea of the company began with the intention of developing and producing three theatrical animated feature films, supported with a funding commitment for both production and P&A from a funding group. With this in mind, Adam Miller and Marina Martins, two industry veterans, combined years of resources to define the ideal company that would feed their passion for delivering entertainment in a sustainable manner. We envisioned a place where creative minds could engage freely, guided by the simple desire to achieve the best in entertainment for a worldwide audience. A home where ideas flow constantly, where the environment and an extraordinary supportive group of co-artists trigger continuous inspiration; a home where artists can work and place in a powerful synchronicity.

It seemed inevitable that such a company would have to be based in Hollywood – after all this is the capital of the talent pool that we would be looking to entice. Competing with the tempting job opportunities from the major Animation Studios in California, we had concerns about being able to populate the company with the quality of talent that was vital to achieve the level of product that could compete in the world marketplace. Extraordinarily enough, and primarily due to the lifetime of animation relationships that Miller brought to the enterprise, our forays into the field found experienced disciplined talented personnel who have proven ability to create iconic animated product willing to join our team. Seasoned artists who yearned for the opportunity to engage fully in the process and to be a part of a visible whole instead of a fragmented cog in a massive corporate machine. We consider ourselves very fortunate for their enthusiastic support.

As we began the process of building our company in Los Angeles, we were offered some tempting incentives to build the company in New Mexico. We thought that this would be an excellent opportunity to ensure a fiscally responsible corporation, which, with the support of the state, could maximize revenues and realize a profitable business. But we found that our artists were reluctant to relocate there so we continued to build in Los Angeles.

Then Pierre Bagley called. Pierre had just weeks earlier become Director of Film and Television in DC. and was taking no prisoners in his effort to energize the district’s entertainment initiative. The support he offered was tempting and inspiring, but, concerned that the artists would not relocate, we were not sure we could take him up on the offer. However, when some of the artists heard that DC was under consideration they surprisingly were incredibly supportive and expressed willingness to relocate to DC and the game was on.

Why was DC such a draw? It seems that DC is a city teeming with millennial; a city that is vibrant, urban, cultured and stimulating. A crop of seasoned artists, tired of the restrictive structure of the Hollywood scene, were actually excited about the idea of homesteading an industry in DC. A city connected internationally like no other in the union. A city in which no mass of pseudo production companies masquerading as legitimate, cluttering the landscape. A place where we could build the core of a carefully selected group of entertainment companies that could interact, support and compliment each other, with that independent adventurous spirit that created this country in the first place.

Our community involvement will include support for local businesses and residents and opportunities for DC-based entertainment companies and residents by allocating at least 50% of staff funding to DC resident hires.  We will provide various training and workforce development opportunities to its hired staff in the field of new media technologies, in-house seminars and demonstrations, with seats available for qualified non-staff members wishing to participate in these opportunities.

Pigmental offers support to local businesses in an apprenticeship training program for individuals interested in animation in the District of Columbia which will focus on specific career tracks within the animated media industry as well as provide apprentice’s access to mentors.

Pigmental actively supports events to connect DC-based media industries to non-DC media based industries who may invest, partner, patronize, or contract for work.  We support the implementation of the District’s Economic Development Strategy and cooperate with DMPED and district agencies to help support and implement the relevant entertainment initiatives related to the District of Columbia’s Five-Year Creative Economy Strategy.

Pigmental will organize a two day animated shorts festival in the district including opening night party, evening of keynote addresses, and closing night party.  Events will be hosted by community and corporate partners with reserved festival badges for DC youth. Pigmental organizers will provide tours of Pigmental to DC youth interested in animation or media technology or entrepreneurship to include meet and greets with Pigmental staff.

Pigmental is collaborating with local and international production partners on animated feature films and as prospective animated TV series. We are open for business in VFX design work for live action features and TV, development of gaming and other ancillary elements.  Pigmental is fully supporting, at no cost, a number of non-profit groups with animated materials for their fundraising efforts.

The Pigmental team wishes to express their thanks to the knowledgeable and extremely supportive team in the DC film Office, Muriel Bowser, Mayor of the District of Columbia,  and the good people in her office as well as the numerous people in the district that worked at extraordinary speed and efficiency to paper, with diligence and respect, the deal for Pigmental to make Washington, DC its home.  We are deeply grateful.