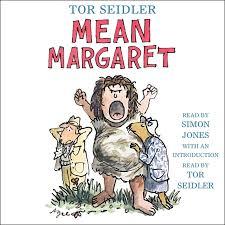 Stuart Ford’s sales-financing banner IM Global has inked a deal with Marza Animation Planet, the filmmaking subsid of vidgame developer Sega, and Pigmental Studios to handle sales on its forthcoming feature projects. The first films to come through the new pipeline will be Household Pets, an original idea by former Disney animator and Despicable Me co-creator Sergio Pablos, and Mean Margaret, based on the National Book Award-nominated children’s book by Tor Seidler.
Household Pets is about an imaginative boy and his battles with the monsters that lurk under his bed. Pablos of SPA Studios and Marina Martins of Pigmental Studios are producing. Preproduction will occur between Spain, Pigmental’s studio in Washington, D.C. and in collaboration with Marza in Los Angeles.

Mean Margaret is being produced by Jay Ahn (The Nut Job) and Chuck Williams (Brother Bear) managing the creative at Marza. Barry Cook (Mulan) directed the original development of the project with character designs by Carter Goodrich (Finding Nemo).