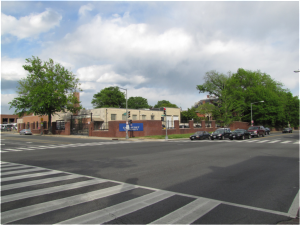 Digital animation firm Pigmental Studios will establish its headquarters at Gallaudet University’s campus near the NoMa-Gallaudet U Metro station in Northeast, roughly a year after choosing the District over Los Angeles and Santa Fe for its new home.

Pigmental has signed a lease for about 4,000 square feet in an existing building that also houses the university’s transportation department at Sixth Street and Florida Avenue. It will initially employ between 20 and 40 workers.

Pigmental is scheduled to officially announce the partnership Thursday morning with Mayor Muriel Bowser and other dignitaries. While the location was not disclosed previously, Bowser’s administration forecast the deal earlier this month with a series of new initiatives branded as “InnoMAYtion” focussed on helping the tech sector connect underserved communities to the District’s innovation economy.

The District has agreed to issue a $250,000 grant to Pigmental to build out its new offices as part of D.C.’s tech fund incentives.Pigmental is planning to start work on an animated feature film and a TV series from the new location this fall.

Pigmental produces animated content for film and television that has been used in gaming, commercials and online. The company has worked with major studios such as Disney, Dreamworks and Pixar, among others.

Pigmental also plans to partner with the the university in other ways, including offering internships to students. Gallaudet Assistant Vice President for Administration Fred Weiner said the arrangement fits into its larger plan to reconnect the pre-eminent university for deaf and hearing-impaired students to its surrounding community.

“Gallaudet has said for quite a while now that we very much want to be a part of the city and contribute to our surroundings,” Weiner said. 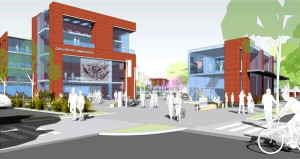 Gallaudet University has selected The JBG Cos. as its development partner for the first phase of its 10-year plan to redevelop its Northeast D.C. campus.

Pigmental will offer some courses at the university and also stands to benefit from the students’ unique perspective, Weiner said. With animation as a visual art, Gallaudet’s students can offer their own insights in how best to communicate without being reliant on sound.

Activating one corner of Gallaudet’s sprawling, roughly 99-acre campus is part of the university’s long-term plan that calls for additional development on both sides of Sixth Street. The university selected The JBG Cos. as its development partner this past October. Gallaudet is still finalizing its plans, which call for roughly 1.2 million square feet of mixed-use space, before submitting them to the District for approval. Apartments and retail will feature heavily, increasing the option for staff and students who want to live off campus and be more of a part of their surrounding community.

Development has sprung up around Gallaudet in NoMa and points beyond, and Weiner said the university has benefitted from that as various groups have reached out to ask about other potential for partnerships. Retailer REI, which plans to open a location at the Uline Arena, has already expressed an interest in offering programs for the deaf and hard of hearing.

Press Conference on Animation Studio Coming to DC (May 28th)