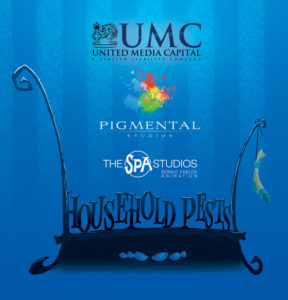 United Media Capital announced that it has formed a joint venture fund with Pigmental Studios and United Independents Group to co-finance a slate of upcoming animated and live-action films. The first film to be financed will be Household Pests, an original animated feature written and conceived by Sergio Pablos (Despicable Me).

Pablos, of SPA Studios, will produce the film with Pigmental’s Marina Martins, along with Dennis Lorrig, Robert Rodriguez, George Malasek and John Cole. The fund’s project slate will be executive produced by United Media Capital’s managing partners, Co-CEO George Malasek and COO John Cole. The deal was brokered by Marina Martins for Pigmental and United Independents, and Unite Media.

Household Pests follows an imaginative boy named Cole, who battles monsters under his bed every night while his mother refuses to believe they exist. Cole must turn to an undercover monster exterminator named Jeb Dee when the entire town is put in peril. IM Global (a subsidiary of India’s Reliance ADA) will handle international sales for the film.

Concurrently, the fun will also help finance a second animated feature: Mean Margaret, based on the popular kids’ book of the same name which won the National Book Award for Young People’s Literature. The story centers on Fred, a meticulous bachelor woodchuck whose seemingly perfect life is turned upside-down when a terrible two-year-old human named Margaret is left behind by her preoccupied family. 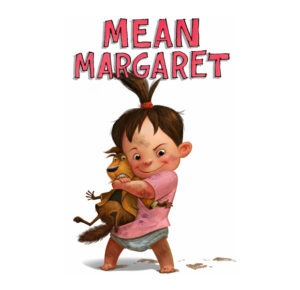 Pre-production for Household Pets and Mean Margaret will be handled by Pigmental’s Washington, D.C. and L.A. facilities, in collaboration with Astro-Nomical in L.A.

“With the recent acquisitions and mergers going on the industry today, there exists a space in the animation world for features which apply the tenant of ‘story, story, story,’” said Pigmental CEO and Co-Founder Marina Martins. “Pigmental’s focus is that relentless pursuit of getting the story right, without compromise and without sacrifice, for the establishment of branded content. This goal would be unachievable without the extraordinary talent that has gathered here to form and finance the Pigmental team.”