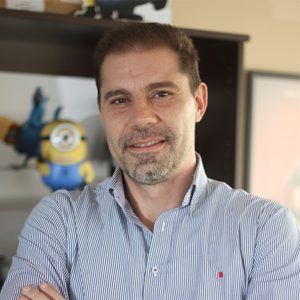 Concurrently, the fund will also invest in a second animated project – “Mean Margaret” – based on the popular children’s book of the same name. That film is being produced by Jay Ahn (“The Nut Job” and “The Nut Job 2”) and Chris Henderson (“Return to Neverland,”) with Chuck Williams (“Brother Bear”) managing the creative for Astro-Nomical Entertainment LLC, a new studio from Ahn/Henderson.

United Independents Group was envisioned as an umbrella company to support the development, packaging, financing, production, distribution and marketing of quality independent feature films and TV in live action. The company has developed its own properties, and has also enjoined with seasoned producers and talent to collaborate, share resources, develop and produce independent features for theatrical release.  United Independent Group is focused on the excellence of storytelling in its television and feature slate properties.

Based in Newport Beach, CA, United Media Capital, LLC, is a media finance company that specializes in the investment and production of filmed and recorded entertainment, as well as the ownership of content distributed across multiple platforms, reaching a global audience. Please visit: http://unitedmediacapital.com